So lets have a vote. There is currently a debate between the clear blue waters of St. Petersburg beaches and the fun nightlife of Tampa? In this case what would you decide. Here we bring you points to help you decide to Visit Tampa or St. Petersburg for your upcoming vacations!

Where to Visit Tampa or St. Petersburg 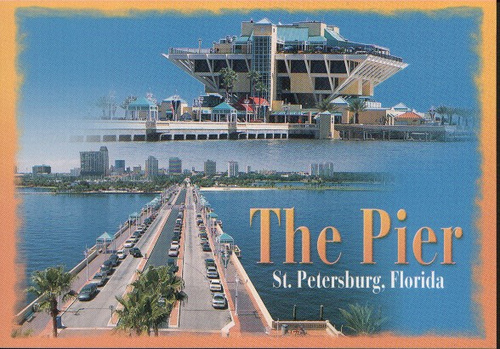 The Case for St. Petersburg

Once called “Heaven’s waiting room,” St. Petersburg has developed a much more youthful spirit over the past decade. The city has seen tremendous growth in recent years and is home to an array of eclectic bars, restaurants, shops, art museums, and microbreweries. It has culture, charm, and character, with some added spunk.

Located on a peninsula between the Gulf of Mexico and Tampa Bay, St. Petersburg has several waterfront parks that the city uses for festivals, movie showings, and more. If you’re lucky, you might even see some dolphins, egrets, and stingrays in the bay.

Famous faces: Actresses Angela Bassett and Megan Fox and Wikipedia founder Jimmy Wales have all lived in St. Petersburg at one point. Jack Kerouac, the late author, lived in obscurity in St. Petersburg before passing away in 1969.

The weather: October through April are beautiful months in St. Pete. The spring and summer months are hot and humid, and it typically rains a little each day in the summer. St. Petersburg is close to many beaches, including Pass-A-Grille Beach, which is at the southern end of St. Pete Beach. St. Pete is also close to Fort De Soto Park, which features a campground, nature walks, winding trails, picnic shelters, and a beach.

Festivals and community activities: The Saturday Morning Market is a go-to spot for finding fresh produce, food trucks, cold-pressed juices, and other products from local vendors. In the mood for a festival or concert? Chances are, there will be one taking place at nearby Vinoy Park, a waterfront park where RibFest and the Tampa Bay Blues Festival are held. Down the street from Vinoy Park, residents and visitors can enjoy an event called Movies in the Park two months out of the year (typically May and October). St. Petersburg Preservation sponsors the event, which attracts locals who want to sit back, eat some freshly popped kettle corn, and watch a movie. (The most recent showing was The Goonies. Hard to beat.)

Arts scene: St. Petersburg has a vibrant arts community that has steadily grown over the years. The Dali Museum, a 20,000-square foot waterfront building, boasts the largest Salvador Dalí collection outside of Europe. Just down the street is the Chihuly Collection, which features the work of world-famous glass sculptor Dale Chihuly’s, including many of his large-scale installations. The museum is small (about 10,000 square feet), but the collection is breathtaking. St. Pete also has a waterfront Museum of Fine Arts, which will celebrate its 50th anniversary next year. The museum, which has featured collections that span nearly 5,000 years of art, was ranked No. 3 on Martha Stewart’s list of the top 25 wedding reception spots in the U.S. Additionally, there are plans to build another downtown museum, the Museum of the American Arts and Crafts Movement.

Food: In recent years, St. Petersburg has become home to several new restaurants. Take a stroll down Beach Drive, adjacent to Tampa Bay, and you’ll find several places to satisfy your cravings. The Moon Under Water, a British pub, serves some of the tastiest curry dishes in town. Annata, a new wine bar, is known for its beautiful ambience and its decadent charcuterie. (Annata was started by the founders of Mazzaro’s, a popular Italian market in St. Petersburg.)

In the mood for something unusual? Nitally’s on Central Avenue is a Mexican/Thai fusion restaurant that serves up flavorful dishes and invites patrons to take part in an Inferno Soup Challenge, which was featured on the Food Network and isn’t for the faint of heart. Across the street is Casita Taqueria, a popular spot for reasonably priced, tasty tacos. In the mood for light French or Vietnamese food? Drive farther down Central Avenue to Alésia, a charming restaurant with an outdoor patio that’s perfect for outdoor dining, especially when the weather starts to cool off this time of year.

Nightlife: St. Petersburg’s downtown is bustling on weekends. The Canopy, a bar atop a hotel called The Birchwood, offers a rooftop view of Tampa Bay. Mandarin Hide on Central Avenue knows how to make a mean Moscow Mule and is next to a cutesy wine bar called A Taste for Wine. St. Pete also has its fair share of laid-back indie bars, including The Bends, which is across the street from a great burger joint, Engine No. Nine.

Where to stay: The St. Petersburg area has two well-known pink hotels: The Don Cesar and The Vinoy. Both are gorgeous, close to the water, and extravagant. But there are plenty of more affordable options, too, including Hotel Indigo and the Hollander Hotel.

The Case for Tampa

There’s never a lack of things to do in Tampa, which has pockets of fun districts and neighborhoods: Ybor City, SoHo, Hyde Park Village, Seminole Heights, and more. Its location is ideal; it’s close to Orlando (think Disney World) and less than 30 minutes to St. Petersburg (think lovely beaches and waterfront parks).

A new report found that Tampa has one of the fastest growing downtowns among large Florida cities. If that’s any indication of what’s to come, there’s a lot more to look forward to in Tampa.

Festivals and community activities: Every year, the City of Tampa and Ye Mystic Krewe of Gasparilla hold a Gasparilla Pirate Festival to celebrate the legend of mythical pirate José Gaspar. In addition to a rowdy parade, the festival has led to other Gasparilla-themed events, including a film festival, a music festival, and a series of road races. Not into pirates? There are lots of other festivals and community activities to choose from. Check out Curtis Hixon Park, an open space on Tampa’s Riverwalk that regularly hosts events, including a free concert the first Thursday of every month.

Arts scene: The Tampa Museum of Art, located on Tampa’s Riverwalk, features modern and contemporary artwork and currently has an intriguing exhibit called “Renoir to Chagall: Paris and the Allure of Color.” The Straz Center has some of the best shows in the city and aims to attract “theater traditionals” and “the culturally curious” with shows like The Book of Mormon and performances by the Florida Orchestra. The Tampa Theater is a gem in the city’s arts scene. Almost every film screening at the theater starts off with an organ performance on the theater’s Mighty Wurlitzer Theatre Organ.

Food: There’s no shortage of good restaurants in Tampa. If you’re looking for a fancy night out, Bern’s Steak House is a must. The restaurant features some of the best steak in town, an impressive wine cellar, and a must-see dessert room. Surprisingly, even vegetarians can find something good to eat here, including a veg-friendly French onion soup and a goat cheese and portobello ravioli dish. Want something a little more low-key? Edison Food Lab and Boca Kitchen are trendy new restaurants with unique entrees and cocktails. So is the Oxford Exchange, which has a restaurant, gift shop, coffee shop, and bookstore. For something a bit more historic, check out The Columbia in Ybor City. The restaurant is the oldest restaurant in Florida and claims to be “the world’s largest Spanish restaurant.”

Nightlife: Tampa’s downtown isn’t the liveliest place to go on weekends, but it does have some great bars worth visiting. Fly Bar in the heart of downtown serves an irresistible truffle mac & cheese dish and has a rooftop seating area that’s perfect for surprise parties or a casual night out. Head a little farther south to South Howard Avenue (SoHo), and you’ll find a more happening bar scene and a mix of good restaurants/bars, including Yard of Ale and The Lodge. Head farther north in Tampa to Seminole Heights, and enjoy some drinks at The Independent Bar and Cafe, which serves a spinach and feta grilled cheese and a peanut butter bacon and banana sandwich.

Where to stay: Tampa’s Epicurean is a new upscale hotel that hosts various events, including a pumpkin carving contest, summer pool parties, and seminars on topics such as the history of cocktails. For a more historic feel, check out the Floridian in downtown Tampa.

Is a little hard to decide between the two specially being so close one to another. Therefore our best tip to you is to stay in St. Petersburg for your lodging and go out to have some fun in Tampa, that way you will get the  best of both worlds. But please let us know what you decided on where to Visit Tampa or St. Petersburg?

a must trip to floridaBeachdestinationsfloridaplaces to visit in floridatravel tipstraveling

Get to know everything about Test Track in Epcot Orlando

Disney World, Orlando adventure seeking visitors understand that if they intend to experience the fastest tourist attraction at the Walt Disney World Resort they need to go to Epcot to...

There's no better way to see the Florida Everglades in West Palm Beach, Florida than by taking an Airboat ride here. Airboat trips are Safe, electrifying and fun not only for...

Orlando is a famous city not only in the state of Florida, but in all over the world. It is also known as "The City Beautiful”, "O-Town" and "Theme Parks...

Get an Online FREE Quote today!